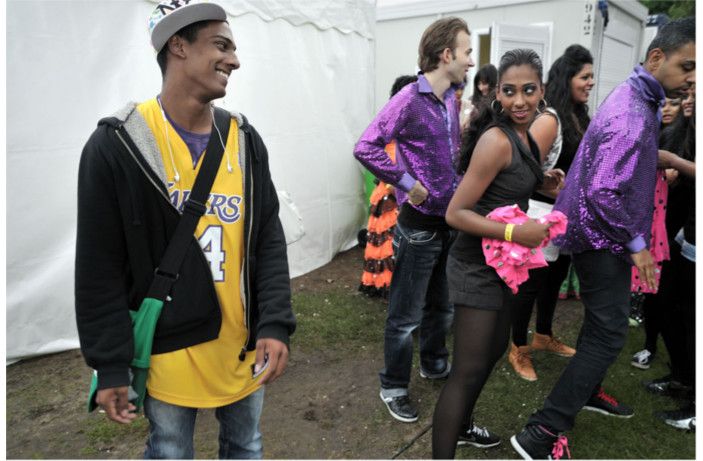 The contemporary photographic portrait evolves from the Lowlands’ centuries-old tradition of portraiture. Nowadays not only are photographers able to reproduce reality, they also have the possibility of staging their portraits according to their own concept, often in the form of a series. The traditional photographer has thus evolved into a self-directed artist. Portraits are all about identity. Not only the identity of the model but also that of the photographer and that of the person viewing the portrait. The photographer attaches his or her own idea to the portrait and communicates via his or her photographs with the viewer. The latter interprets the image from his or her own perspective.

With more than one hundred photographs by 25 top photographers from the Netherlands the Dutch Identity exhibition gives a captivating impression of the state-of-the-art of Dutch photographic portraiture in all its striking diversity. A portrait by Ernst Coppejans shows a homosexual man in West Africa who, by assenting to have his photograph taken, put his life at risk. Pieter Henket photographed actress Willeke van Ammelrooy during a staged police interrogation in which fact and fiction are blurred. For her part, Martine Stig recorded two Kuwaiti sisters dressed in burkas. With their faces completely concealed, can this photograph be classified as a portrait? And in addition to Koos Breukel’s impressive official portrait of King Willem-Alexander and Queen Máxima and that of Queen Beatrix by Vincent Mentzel, Charlotte Dumas’ portraits of the rescue dogs deployed after the 9/11 terrorist attack in New York can be seen in Zwolle.

In an age that virtually everyone has a photo camera at hand in the form of a mobile phone and portraits, selfies or otherwise, are flung without a thought and in massive quantities out into the world via social media, Dutch Identity shows that a photographic portrait can be much more than a random snapshot. The exhibition was organised by Cathinka Huizing and Harriet Stoop-de Meester, joint authors of the book Dutch Identity, Dutch Portrait Photography TODAY that will be published by publishing house De Kunst. 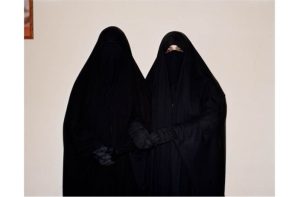 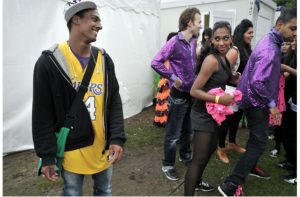 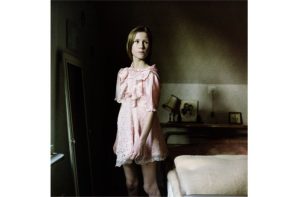 Turn on the Lights