Starting from Thursday 28 April, from 5.30 p.m. (with an introduction and Q&A by curator Zippora Elders) Foam presents the first international exhibition of Jack Davison (1990, United Kingdom). The twenty-five-year-old studied English literature and is an autodidact photographer.

“His work shows a passion for the discipline’s history, and in it we can see Davison revisiting a diverse range of genres, styles and techniques spanning from early 20th-century avant-garde experiment to objective documentary, and from portraiture to conceptual study. Yet his practice is very contemporary as well, and visibly rooted in the borrowing practices of Internet communities such as Flickr, which laid the basis for today’s social media culture.”- describes the curator of the exhibit.

As a photographer, he is self-taught. Since the age of fifteen, Davison has always taken his camera with him, constantly photographing his family and friends, strangers, and surroundings. ‘I lived in the countryside and my main access to seeing pictures was via the Internet. So it would be a case of me stumbling into people’s work and collecting things that I saw that struck a chord with me.’

About his inspirations- those are derived from the historical canon of photography—from Salvador Dalí and August Sander, the Flickr community and the Internet in general, to Mark Michaelson’s infamous book, Least Wanted: A Century of American Mugshots, and classics like Richard Avedon, Ernst Haas, Saul Leiter, Irving Penn, and Edward Weston.

Davison explains: ‘the way I learnt photography was through sites such as Flickr, where the process was very quick and organic. I’d sometimes shoot a picture, edit it, and post it online in a couple of hours, but that picture would have to be able to stand alone and couldn’t be supported by a series or a long paragraph of context. There’s always a gut feeling there, and an excitement and satisfaction in recording that moment. A lot of my work is down to luck and being in the right place to see the right thing.’ 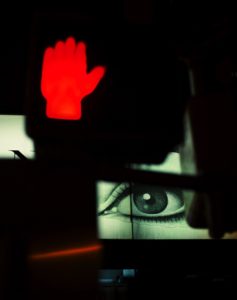